Reaction to the Church's position paper on the Conversion Therapy Bill

While different opinions are appreciated in any formative process, be it educational, business or law-drafting, to name a few, we reiterate that they must be informed, and informative, in a correct manner.

The position paper on the conversion therapy bill issued by the Church, is flawed from the very first few lines, wherein it refers to gender identity and sexual orientation as a “condition”, which is counter-productive and insulting to LGBT+ individuals. Being different or feeling different in these regards is not a condition. It also fails to draw a distinction between counselling and conversion therapy. Whilst for many the two are linked, in actuality, they are not.

Conversion therapy is a practice which, if this bill becomes law, would be criminalised. It has been proven to be extremely harmful to the mental health and general well-being of the individual undergoing it, regardless of whether it was voluntary or forced participation. Most persons who were forced into this therapy condone it, medical and psychological health associations condone it, and it has been banned in a few states in the USA. If this bill is passed, Malta would become the first country in Europe to ban it.

This paper compares paedophilia, which according to the WHO’s International Classification of Diseases is a mental disorder, to sexual orientation, further promoting the misconceptions of paedophilia associated with homosexuality. It is truly upsetting to see that in this day and age, considering the ample amount of resources available, the authors failed to familiarise themselves with the reality.

The bill places LGBTIQ persons within the category of vulnerability because of the culture we have been raised in, where being LBGT+ is still cause for bullying, discrimination, rejection, and other issues that cisgender heterosexual persons do not face. Gender identity, gender expression and sexual orientation are not aspects of life that are acquired, but rather developed. This paper treats sexual orientation, gender identity and gender expression as qualities that one can just go and change without a second thought.
The reason why this law does not criminalise those assisting “heterosexual[s] to become homosexual” is purely because conversion therapy, also known as reparative therapy, is aimed at converting those who identify as gay or lesbian to heterosexuality. Furthermore, heterosexuality has never been viewed as a medical condition, it is still considered the “norm” of society. It is rather presumptuous for the Church to make such a statement, when the biggest advocates of conversion therapy, are Christian organizations amongst others that use religion to justify the “required” therapy.

As We Are, we reiterate the need for this ban, as it would push society a step closer towards the acceptance of people who are LGBT+. This also aims to overcome the misconception that gender identity, sexual orientation and sexual expression other than cis-gender heteronormative and heterosexual is a condition to fix. We also would like to encourage the Church in Malta to learn more on LGBT issues, and to change their stance on issues pertaining to LGBT individuals by informing themselves better.

Call for Participants: A Queer Utopia

We want to hear your voice! What are your goals, your dreams, as a youth living in Malta? 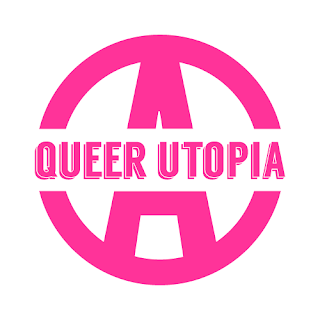 We Are, the Youth & Student LGBTQQI organisation, is looking for persons to participate in a short documentary-style video and/or to contribute to the project’s online page. The goal of this multi-media project is to gather youths who are lesbian, gay, bisexual, transgender, agender, asexual, pansexual, queer, questioning, intersex amongst other sexual orientations and gender identities, to voice the dreams, desires, ideas and share their or others’ experiences and goals of LGBT youth living in Malta.

We are looking for persons under the age of 30, of any ethnicity and race or nationality living in Malta. The documentary interviews will be filmed in English. The setting will be in itself informal, so as to allow the participants to feel more comfortable and confident. If you are interested in being a part of this project, kindly fill in the application at this link. Persons who are under 18 years of age are required to provide their parents’ consent and email the contact below for more information.

Applying is not a guarantee of being chosen for filming. We aim to film the above over the last weekend of February, latest first weekend of March. Applicants will be screened and an information meeting will be held before filming. Applicants who are not chosen for filming, may still contribute to the online writing. While submissions will remain open, documentary participants will no longer be considered after the 17th February, 2016.

This Project is funded by Voices Foundation.