28th August 2014 - We Are – LGBTQQI Youth and Student Organisation will be holding its Annual General Meeting (AGM) on Wednesday the 10th of September at 6pm at the KNŻ office in Floriana.

The past year has been very eventful for the youth organisation, highlighted by direct involvement in the drafting of the Civil Unions Bill, affording same-sex couples the same rights as their heterosexual counterparts, through their participation in the LGBTI Consultative Council.  We Are also organised a successful campaign against homophobia, and took part in a number of activities on and off campus.

We Are organises community events and sets up safe spaces for Lesbian, Gay, Bisexual, Queer & Trans youth and students.  At the same time the organisation also focuses on raising awareness, holding educational activities, and representing its members.

Included on the agenda for the AGM will be the election of a new executive board as well as the approval of any proposed amendments to the current statute. Any other proposals for inclusion to the agenda should be suggested by sending an email to the Emma Portelli at secgen@weare.org.mt by no later than noon on Monday 8thSeptember 2014.

All members are encouraged to attend the AGM. Any nominations for election to the new executive must be sent to secgen@weare.org.mt by no later than noon on Monday the 8thof September 2014. The e-mail should include the full name and ID number of both the person nominating and the person being nominated.

KNŻ’s office is at 50, Triq l-Iljun, Floriana, FRN 1513, Malta and a map can be found here:www.knz.org.mt/index.php.contact_us

Just a little bit less than four years ago my twin-sister, Lulu, approached me and asked me to join her and some friends and strangers in forming an LGBT student organisation. At first I was quite wary of this request, as I hadn't yet come out to many people, but joined her, and our friend Gaby at this first meeting on campus in November 2010.

I'll admit we had no idea what we were doing, fast-forward 3 years and a bit, and we're here. We've managed to learn, grow and change lives. We have office-space at the University, we receive funding, we organise events, we attend conferences, we make our voices as LGBTQ youth heard, we are on the LGBTI consultative council to the government, we have fun, we meet people... the list goes on.

We'd love for everyone who has supported We Are in the past, and everyone who wants to get to know us, to join us on the 20th August in Sliema. We will have some unplugged music, some home-made food and goodies, and a few surprises!

So sign up here: https://docs.google.com/forms/d/11owpzbIwL0l64i8VighCYtCCXXMlA1x6adr_KhcyUc4/viewform?usp=send_form and let us know you're coming to celebrate with us! 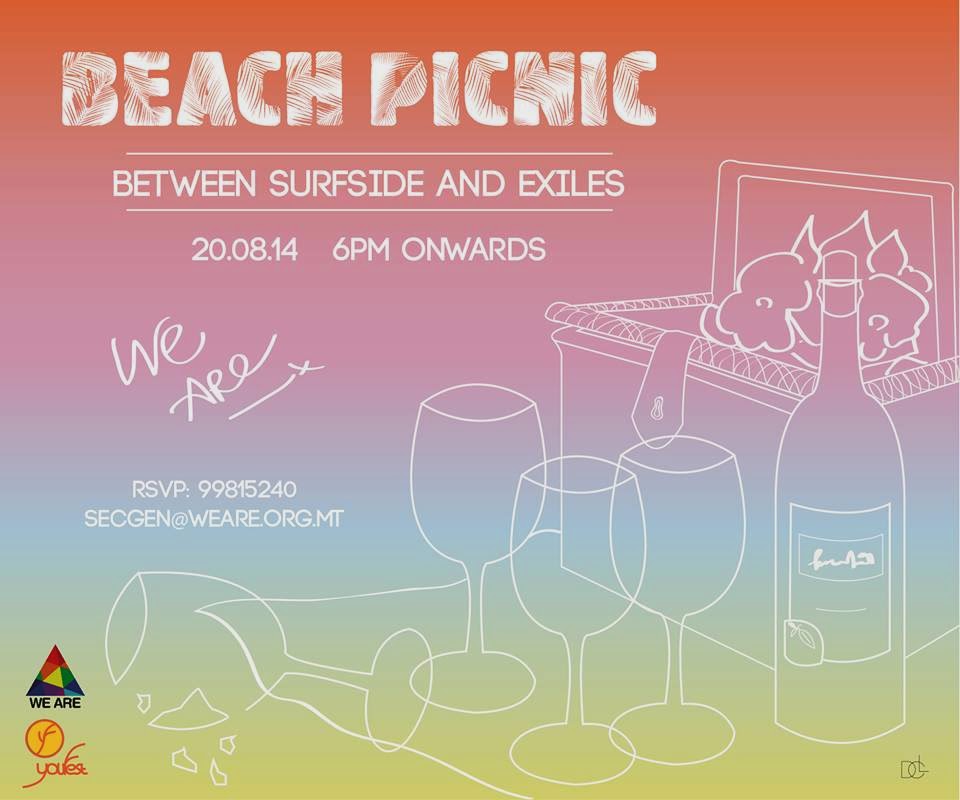 Email ThisBlogThis!Share to TwitterShare to FacebookShare to Pinterest
Labels: Events, history of we are, News, PRIDE, project

Where Mina Tolu & Mel McElhatton pick out a movie they each haven’t watched, which automatically narrows it down to certain cult movies, and try to throw a review together. For our first attempt at joint-review we limited ourselves to a ‘lesbian’ movie, and chose Break my Fall.

Break My Fall (2011), is written, directed and produced by the same person - Kanchi Wichmann - this is basically a one woman show so I'm not expecting anything too great. The intro makes me think of a stalker, looking out for smiles and eye contact and applying meaning to them that may or may not actually exist… we’ll see.


First impression: this film revolves around an angsty, melodramatic teenage-looking androgynous girl who can’t get over the fact that her ex, or maybe just someone she has a crush on, has her eyes on someone else. The dark, pouring London rain just seems to exaggerate this a bit more. As mentioned earlier I am not expecting anything too great. In retrospect, I [Mina], was right about some parts of that sentence, but not all.

The main character, Liza, is bugging me already, she seems really weak. Maybe that’s the point. She complains about not finding anything in the apartment she shares with her girlfriend Sally, but is the one who breaks their laptop.

There is a cliche’ smelling of the hoody, and the characters have no chemistry between them. A block of blue cheese would have more chemistry with a goat when compared to these two. But all the problems I have with it so far are within the story, not the mise-en-scene which is pretty much interesting, and consistent.


After a while I felt that sleeping was more important than this film… Mina only lasted 35 minutes.

There is constant blurring in and out… not sure if it’s their camera or my eyes.
Wow the dialogue is boring, and frankly, really fake. The only good point is the British accents, because hello. Otherwise I (Mel) would have stopped this ‘film’ a long time ago too.

One hour in…. hmm I wonder what there is on Facebook. Haha another cat video!

The camera is hand-held and it shows. The picture keeps jumping from side to side making it impossible to keep focus, and honestly it’s giving me a headache. I need a drink.

Ah that’s better. Did I miss enough? Nope, still a lot of brooding and shouting.

So I take it that the two main girls are in a band...and yet the music in the background is severely lacking.

Androgynous Lisa is really quite needy. Sally has an ‘ex’, get over it. Oh Lisa is sure Sally doesn’t love her anymore, proper response: fight / wrestle. Why not.

Dear woman who directed, wrote and produced the film (couldn’t be bothered to know your name, sorry), where is the backstory? There are around 2 to 3 references to this other girl (Tina) but we know pretty much nothing about her, even though she’s obviously a catalyst in all this.

Mel: the most interesting question to come out of this movie: is it Liza or Lisa.. Sally’s tattoo says Liza but the credits say Lisa. So many questions…

In the end I only had two thoughts, one which was good and one which was bad. The good thought was : yay they actually mentioned bisexuality in a good way and corrected the butch lesbian.
Bad thought - I just wasted over an hour and a half of my life...and it feels so much longer.
Mina: I wasted 30 minutes of my life, but glad I was spared an hour of similar monotony by my gut instinct! 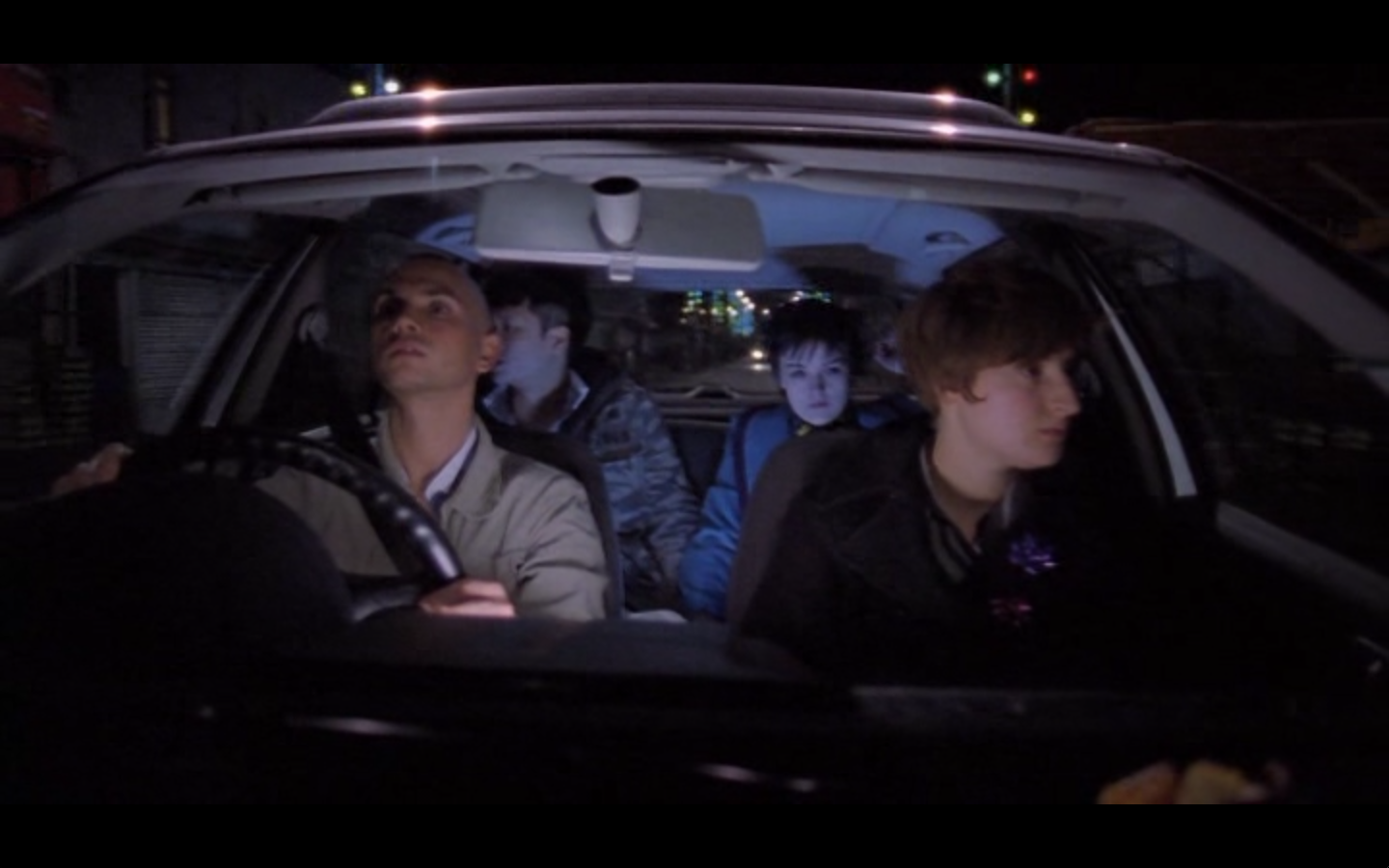 What is the film we just reviewed you ask?

We’re not entirely sure ourselves. Mina chose to skip to the end and see whether or not the middle 50 minutes make a difference or not to the plot. Meh. Seriously, you can watch the first 20 minutes and the last 20 minutes and you’ll have all the info you need. As mentioned earlier, the mise-en-scene of the film is its only redeeming feature, but not redeeming enough to keep Mina interested, and to keep her watching it.

In case you think we’re exaggerating, here are some additional reviews:
Rotten Tomatoes: 25% “Ultimately let down by an irritating lead character, some dodgy acting, a frustrating, frequently dull plot and an unconvincing finale.” - Matthew Turner

The Guardian : 2/5 "At best she (Kanchi Wichmann) creates a heartfelt, occasionally touching, study of four friends living in each others' pockets." - Cath Clarke

Afterellen's review sounds most positive: "It’s the most honest, raw, lovingly crafted film of its kind to show up this year, and powerful enough to knock even the most stalwart viewer out of any sense of complacency." - Danielle Reandeau

Mel: if this is the most honest/raw/loving of 2011 then I don’t have high hopes for the rest of that year.

To summarise, this movie is a definite must-watch...during exams, ‘cause it will make you want to switch off your screen and pick up that book right away.

We dare you to watch it and to love it. Or at least like it. That’s going to be hard enough.